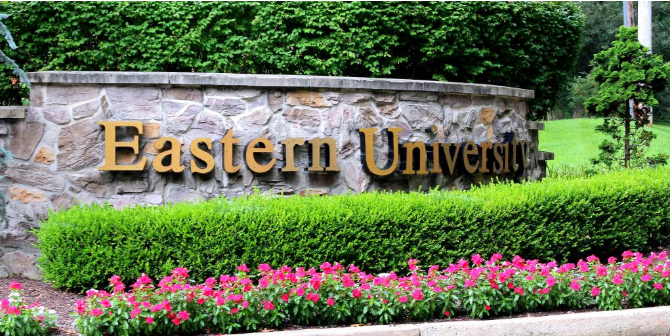 In the years following the suspension of campus operations in 1987, Berkshire Christian College (BCC) leadership diligently sought to create an educational pathway for Advent Christian (AC) students through an undergraduate link to a Christian college. Several attempts were made over the ensuing years, and although several desired linkages failed to materialize, through prayer and perseverance this effort continued.

Finally, in 1998, a strategic partnership was established with Eastern College (now University). An agreement was signed on April 10th by the presidents of both institutions. This innovative partnership was the fulfillment of the BCC Trustees’ desired objective “to preserve the Advent Christian heritage and continue the training of leadership to perpetuate its witness for Christ in the world through the ministry of the Church.”

The BCC/Eastern partnership provided for the establishment of a Berkshire Christian College Center, a BCC Chair of Instruction, special additions to the Eastern curriculum to meet the needs of the BCC constituency, and a BCC Advisory Group. Advent Christian students accepted into the program would benefit from the development of a mentoring program through the BCC Center, generous scholarship aid over and above other scholarship awards, and full access to the academic and campus facilities at Eastern. From the inception of the partnership, some 29 students attended and/or graduated from Eastern. Efforts to establish a BCC Center, a BCC Chair of Instruction, and BCC Advisory Group, however, never materialized as called for in the partnership agreement. Providentially, an Advent Christian did become a member of Eastern’s faculty and served in a mentoring role for AC students until his retirement. Despite efforts to promote the benefits of an education at Eastern, the last Advent Christian students at the university graduated in 2015. SInce that time no other AC students have been enrolled.

Upon completion of their work a report was presented to the Board of Trustees. Based on the findings and convictions of the Evaluation Team, several things were evident to Berkshire Christian’s board. First, the partnership was never fully developed as stated in the agreement, although not for a lack of effort on the part of Berkshire Christian leadership. Second, the partnership with Eastern was very helpful in providing a pathway for some Advent Christian students pursuing an undergraduate degree at an accredited Christian institution. This was especially of benefit to individuals specifically pursuing a Christian liberal arts education. Third and finally, although this partnership did serve the Lord’s purposes for a time, the board believes this partnership is no longer the Lord’s direction for Berkshire Christian moving forward. The Trustees are convinced that the furthering of Berkshire Christian’s renewed focus on preparing pastors is best accomplished in other ways.

Berkshire Christian’s newly adopted mission statement and refined focus on preparing individuals for pastoral ministries was the determining factor in the Trustees action to begin negotiations to dissolve Berkshire’s formal relationship with Eastern University. This action has been accepted by Eastern University leadership and the partnership agreement will officially end on April 1, 2019. All praise is given to God for the lives impacted for good through this partnership during the years of its existence.

As Berkshire Christian follows the Lord’s direction into the next chapter, it is envisioned that new partnerships will be more effective in serving to accomplish its mission and vision. At the present time the board has endorsed the pursuit of a partnership with the Advent Christian General Conference for leadership training. Negotiations are currently underway regarding this potential partnership. Additional programmatic changes are forthcoming in an effort to maximize Berkshire’s impact for local church leadership needs in the next decade and beyond. Your support of Berkshire Christian is greatly appreciated as it seeks to remain true to its historic and renewed focus on equipping local church leaders for ministry within the Advent Christian Church.