\Some changes to the Board of Trustees are noted from their fall meeting, held November 11-13 at Camp Dixie in Fayetteville, North Carolina.

Recently elected new member Mr. Brad Sylvester attended his first meeting. Brad had an immediate impact on the board, challenging board members to faithfulness in support of the mission of Berkshire Christian. This first face-to-face meeting in two years provided the opportunity to meet last year’s elected Trustee, Geneva Yourse. All members in attendance were involved in extended dialogue on Friday, prayerfully discussing current and future ministry vision. 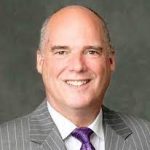 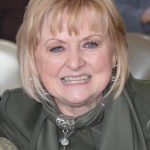 The board elected Hazel Blackstone to serve as Chairperson, replacing Mike Alix who served capably over the past several years. In addition, the following were re-elected as officers: Lana Jernigan, Vice-Chair; Cathy Latimore, Secretary; and John Guess, Treasurer. 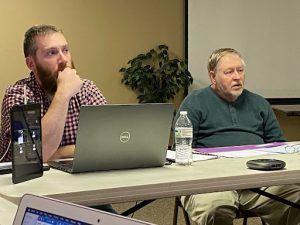 (Berkshire Christian board members in session at Camp Dixie) 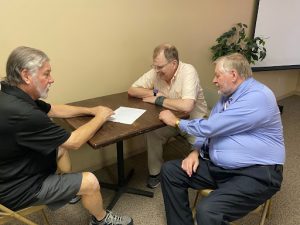 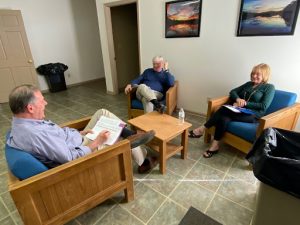